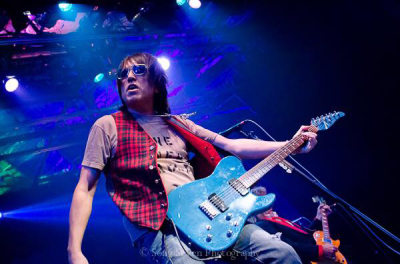 Joey Sykes was born and raised in New York and currently resides in L.A. Sykes got his first real taste of the industry with the band Boystown. He signed a singles deal in England with EMI, toured and recorded several albums.

Joey’s second break was a big one- lead guitarist/co-writer in the band Coward. In 1995, after only 6 months of playing around Manhattan, they managed to create a bidding war, and ended up signing a record deal with Elektra records. 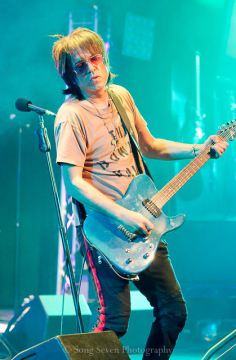 Shortly after signing the record deal, they signed a publishing deal with Warner Chappell. Joey has also played guitar for Capitol recording artists’ Tommy Henriksen and Meredith Brooks (“I’m a Bitch”). Sykes was also in the movie “Across the Universe”, as a guitar player in the finale rooftop scene.

Before joining THE BABYS– Sykes has been writing for artists, television, motion pictures, and producing other artists. Joey’s first introduction to THE BABYS was during the creation of their single “Not Ready to Say Goodbye” – a nice ‘welcome back to the scene’ song for this legendary classic rock band.

"It's amazing. They (Tony and Wally) wanted to make a new record, so they were looking for that song that evokes old BABYS, and someone who I knew knew that I was a big BABYS fan and said, 'Hey- you'd be perfect.' So I was brought in as a songwriter. Then after getting to know them a little better, they liked my vibe and my look, and they said, 'Why don't you just join the band?'